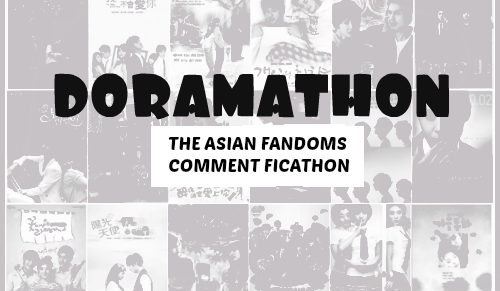 You guys, let's talk about television.

+ In Doctor Who news: Shame about Matt Smith, though I'm not as devo as I could be -- I feel like it's just time. It's been three seasons (and lbr Eleven has lived too long and has been virtually dead inside since The Angels Take Manhattan). Looking forward to the Rose/Ten in the 50th Anniversary though ngl. LOL. WHATEVER, MAN, I TOTALLY AM. (My relationship with that ship is so weird srsly.)

+ lol fucking Game of Thrones. I haven't gotten around to watching the S3 finale (do I really want to), but( Collapse )

Also, I'm now 800 pages through A Dance With Dragons. After four books I am finally vaguely paying attention to the plot! Pretty proud ngl. (But Lord WHY is the m:f ratio of chapter POVs like 5:1??? *grumble grumble*)

+ I'm glad that Dan Harmon is returning to Community, I guess? But tbh I don't see much of a difference, whoops. Also really looking forward to Chevy Chase no longer being on the show ngl.

+ POLLING THE AUDIENCE: Can I even be fucked watching Supernatural next season? Literally what is the point of anything without Meg Masters. (And lbr this show should probably have died seasons ago. Yet, like a fungus, it and its steadfast misogyny persists!) In related news, this is basically a blog where I am bitter about television.

+ BUT REALLY THIS POST EXISTS TO FLAIL ABOUT THE KDRAMAS I HAVE BEEN WATCHING.( Collapse )

+ I am supposed to be catching up with Elementary and Mad Men and starting Hannibal and Orphan Black (and god knows what else) eventually but those are posts for another day.

this post is mostly for Emmie and Doris tbh

people. friends of mine. let me inform you as to the new ruination of my existence.

for months now i've been watching the likes of Jamie, Lauren, Kelsey, Lizzie, and Eleonore frolicking in kpop land, and yet managed to avoid being afflicted myself... until a few days ago, when Eleonore bombarded me with links designed to corrupt my soul. and i regret to say she was successful in that venture. forgive me friends for i am weak.

for the uninformed, Infinite is, uh, a FAIRLY popular Korean pop boy band with a shitload of synchronized choreography and a fandom that seems to be invading the entire planet. given my not-even-a-secret lifelong penchant for boy bands it's a wonder i only tapped into this now, but no matter.

first off i have to say that Korean pop music is far superior to the Western sort. i actually have an epic love/hate relationship with pop music -- the "hate" deriving from the fact that the Western pop industry is so damn lazy -- but after just a few days going through Infinite's discography (+ a couple other bands) i feel as though i have been revived from a 10+year fatigue. FRIENDS, I DO NOT KNOW WHAT MY EMOTIONS ARE DOING.

i'll admit, my life right now mostly revolves around the question: "how is Nam Woohyun a real person????" (for various reasons, such as the cray-cray of the fandom and the inexplicable prettiness of all the dudes, i assumed that the band itself didn't actually possess any talent. i stand corrected.) i'll just be here creepily replaying 1:55-2:05 of this song because his vibrato/pitch/everything is the stuff my ovaries every vocal coach's dreams are made of. (i am not a vocal coach.) (but i would assume they all dream of Nam Woohyun.)

and by all means let us gather round and discuss how i instantly fixate on "The Greasy One", a.k.a. The One Infamous For Parading Round Open-Shirted Onstage I NEVER CLAIMED NOT TO BE EMBARRASSINGLY PREDICTABLE KBYE.


um. anyway, i like all the members, promise. and this is really supposed to be an introductory/rec post thing to lure more unfortunate souls in. if anyone is really curious/interested, this vid is probably the best in terms of O.O CHOREO + MY LOINS + "give me all their outfits", &c. &c. and it made #1 on some yearly Korean billboard thing so. if this is your jam then by all means come join me and the above people in hell.


@ J/L/K/E: i give you permission to spam me with rude things in comments. do your worst, children.

... Because apparently I make icons now. Since I don't have enough fandom projects consuming my life I thought it'd be a ~great idea to icon some of my graphics. And then I got... mildly carried away.

... This is a pretty large post. (SOME PARTS OF IT ARE BETTER THAN OTHER PARTS.)


+ Comments are acceptable.
+ Credit is preferable.

11 | the ship you love for its creepiness

So I assume everyone has heard that The Hour has been axed. Right after I'd finally finished watching both series, no less. IS THERE NO GOD IN THE WORLD. Cry @ me and spam Bel/Freddie gifs.

mollivanders asked me a while back for a picspam of Freddie/smoking for that screencap meme thing. Back then I hadn't actually watched a full episode of the show so I put it to the side. Until yesterday when, in the midst of choosing caps, I heard The News. What a terrible night. Anyway.( Collapse )

And... posting a review seems redundant now, but brief thoughts for the sake of masochism:( Collapse )

07 | the ship where the writers are DOING IT WRONG

I can't believe this is an actual post I'm making.